Jean-Marie Le Clézio's plenary speech for the book fair on “interculturalidad” was a major highlight. Apparently (and amazingly, considering the many places he's lived), he once lived in Michoacan, so his Spanish was amazingly perfect. I had never read a work of his, but now feel I must. The novel Le Désert is about immigration, Africa and Marseille – I need to start with that one. At the end of the talk, he invited questions from the audience. I wrote one in French on a slip of paper. It was about bilingual education in France and the US. I asked him at what point would the French educational system think about teaching African immigrants in Arabic so as to help support multiculturalism (like the US system)? He was pretty adamant that the US didn’t accomplish that in their bilingual education programs – rather, they served to assimilate people into their new host culture. Being a supporter of bilingual education, and a friend of many bilingual ed teachers, I hadn’t quite thought about it that way. In any case, he felt that France was a long way from offering bilingual education for immigrants from North Africa or Sub-Saharan Africa. It was extremely rewarding to have a dialogue (facilitated by the world reknown historian from the UNAM, himself a Frenchman, Jean Meyer) with a Nobel prize-winning novelist. I was struck by his humility and modesty. Other highlights of the book fair included a reading by Nancy Huston, a lecture by the extremely witty and brilliant immigration anthropologist Jorge Durand.
The FIL also featured a two-day panel on “Interculturalidad” organized by UDG - CU Norte (a satellite campus of the Universidad de Guadalajara located in Colotlán, about 45 minutes by bus from Atolinga). The most impressive speaker on the panel was André Fabregas Puig, an anthropology professor from The Intercutural University of Chiapas. Before attending the fair, I had been familiar with Puig’s extensive writings on Northern Jalisco. During this panel, I met some anthropology professors from this school in Chiapas. A group of mostly women and one man were making comments to each other while listening to the speakers, quietly giggling at times and clearly quite engaged in the ideas. I started talking to them and eventually we exchanged emails. It would be terrific to visit them in Tuxtla Gutierrez at some point.  When the panel finished on the second day, I asked one of them whether there were representatives of CuNorte here, because I had wanted to follow up on an email I had sent to Erika Juliet Venegas Flores, a communications professor there who worked on immigration. He said, yes, there are at least four or five of them here – they introduced themselves on the first day (I had arrived late and missed their introductions) – would you like me to introduce you? Sure, I said. And he presented me to Alejandra Lizardi, a professor in public health who had co-authored the book I’d read (and bought at the Feria). Alejandra was most gracious, and gave me her email so that I could contact her about my visit there. She also said she would inform me about the class schedule for the spring, since I’ve wanted to audit an anthropology course. Since then, she has been in touch with me often about possible collaborations and invited me to submit an essay for a book she’s putting together with colleagues in other departments there.  I’m really excited to be a part of this vibrant campus; in spite of its small size and remote location, it carries a lot of force in the area (I’ve already met three students from Atolinga and Tlaltenango who commute a few times each week to study there).
Posted by Aisha at 3:02 PM 19 comments: 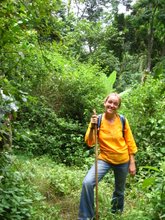 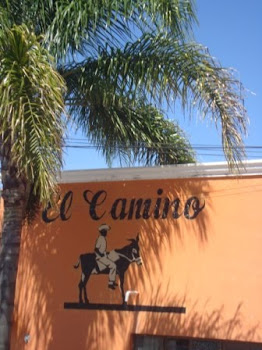